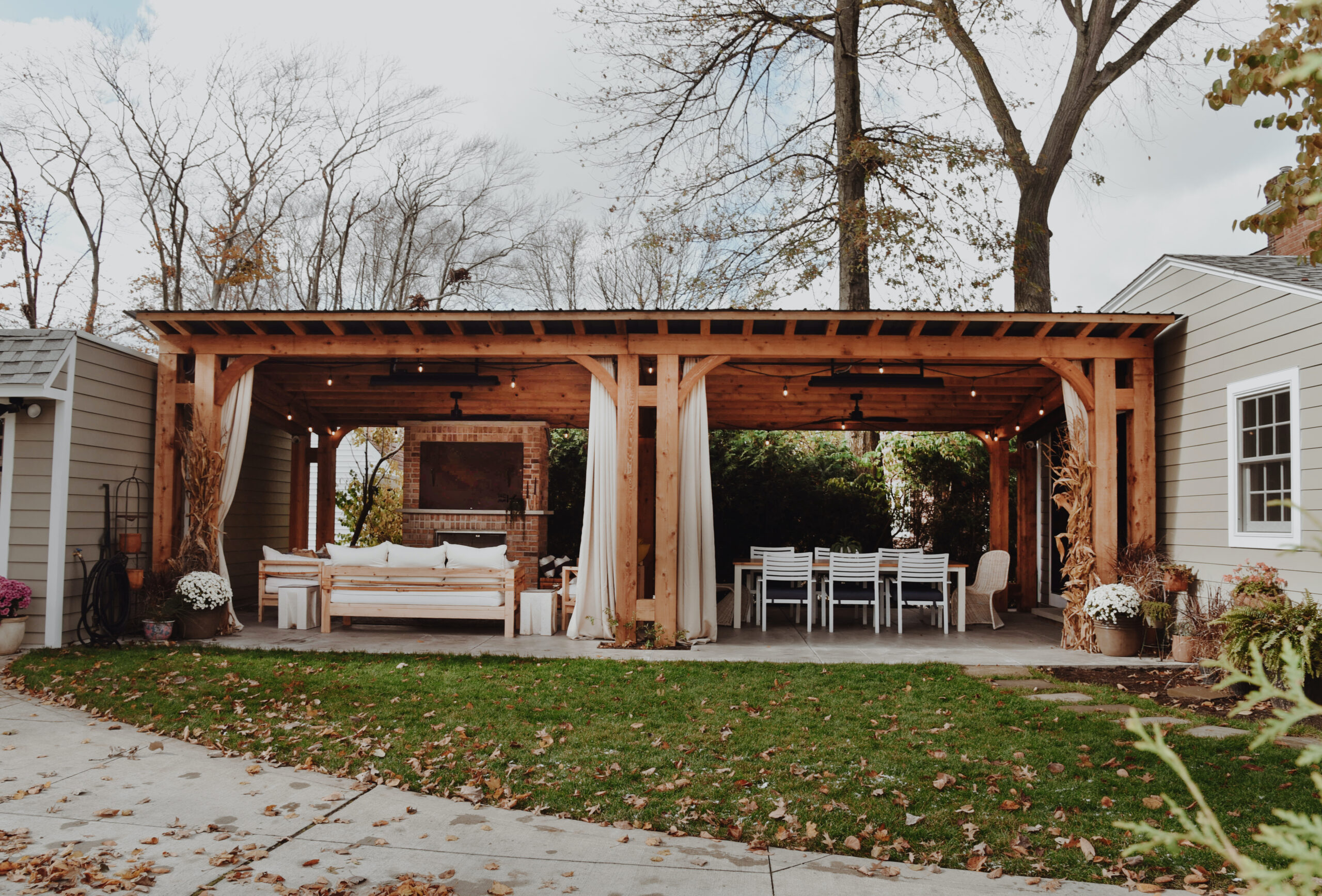 Hello!  This past summer we decided to add on an addition to our home that included a mudroom (pics coming soon) and an outdoor living area.  Ryan and I love being outside and being home.  A perfect night out = a night in with friends and our kiddos.  As a Clevelander I’ve noticed a lot of people don’t put a whole lot of thought and money into their outdoor spaces because the weather fluctuates so much.  (That’s the best way I can say Cleveland weather can sometimes… uh… not be awesome.)  But we decided to chuck that notion and get creative by making a space that is enjoyable for at least 3 of our wonderful Cleveland seasons.  Final verdict- we adore this new space!  With heaters in the ceiling, fans and a fireplace we are loving living in this space.

The first thing we did was we met with fabulous architect, Therese Roche.  We reviewed some very cool architecture books to pull out designs I liked and spoke about trying to do something modern but also spoke to the integrity of my 1940s home.  The best thing about getting an architect you completely trust is I knew she would come up with something beyond expectation.

This is probably the 4-5th draft that we landed with.  Initially we had three bays instead of two and 1 cedar post per support.  Because I was worried about space and this would be quite tight I worked on an interior floor plan based on our wants/ needs.  But let’s get real- I needed to make sure I could keep my husband, his friends and all of his sports watching outside for as much of the year as possible;) 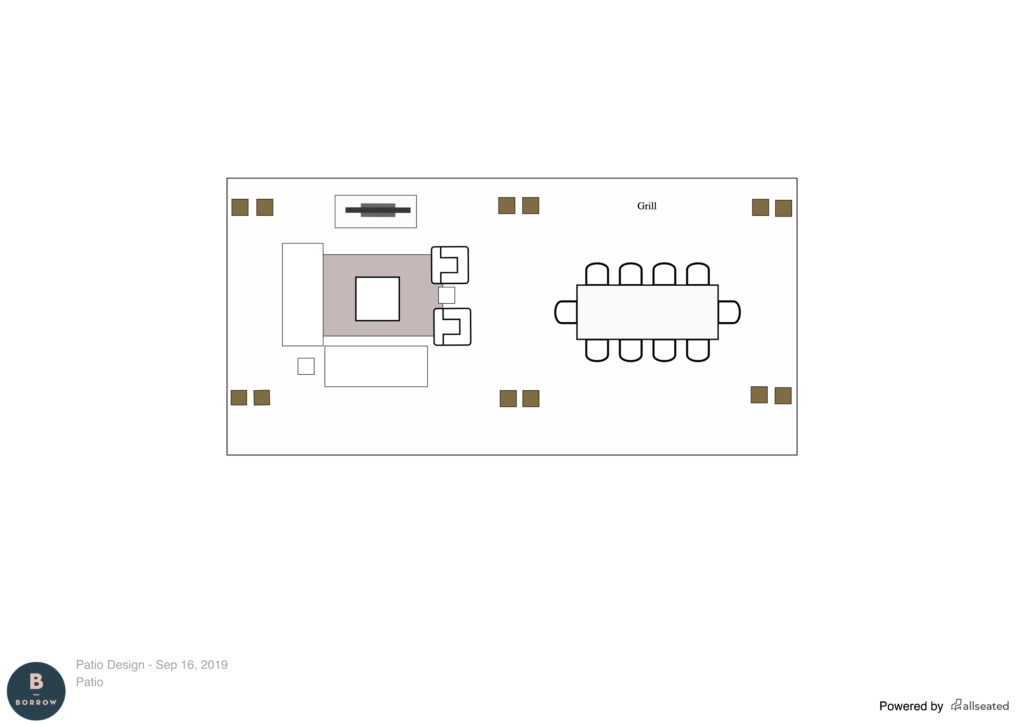 After meeting with our contractor and getting approved we got started. Yeah gurl! 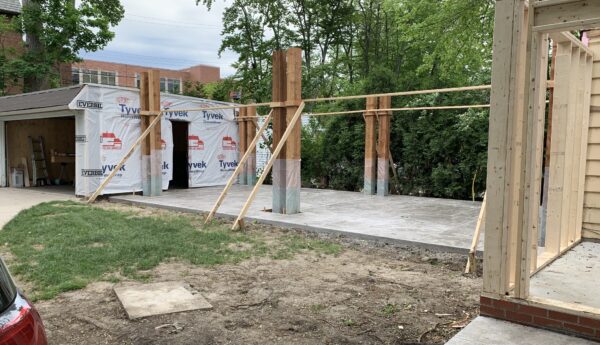 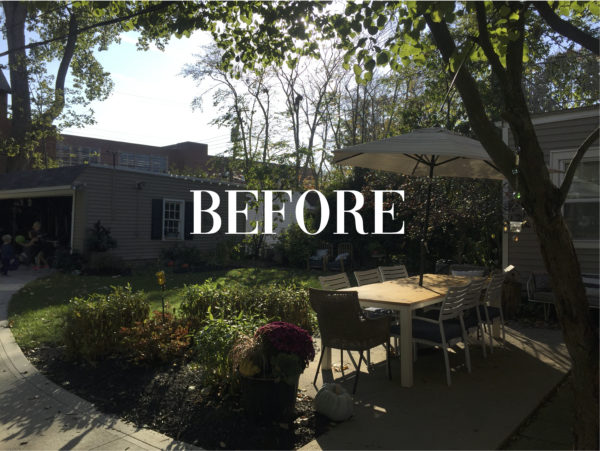 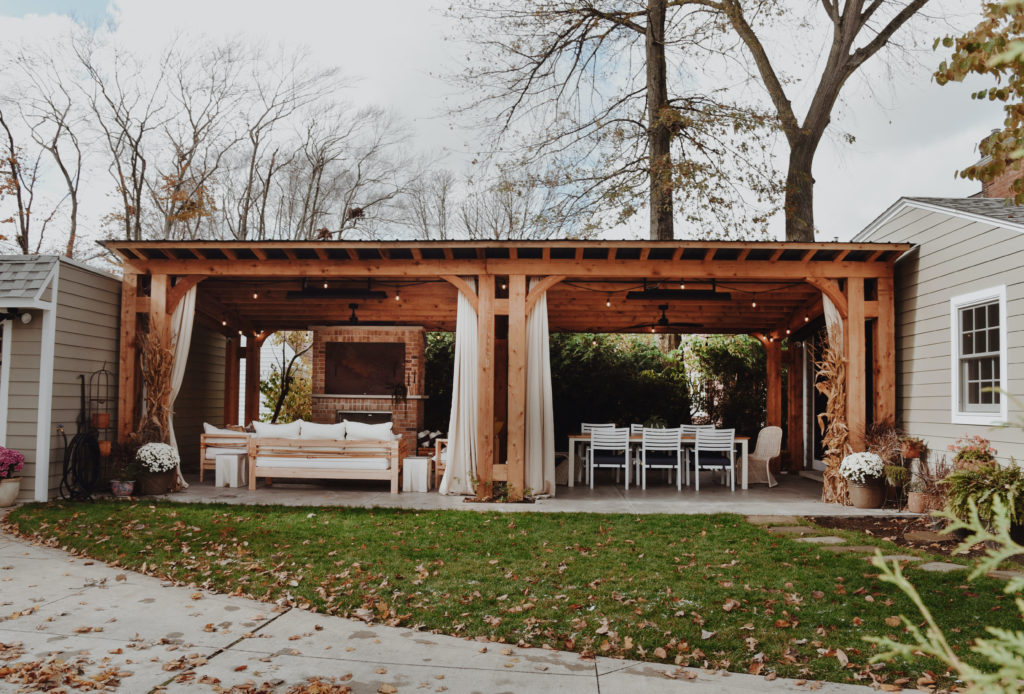 Another before and afters…. 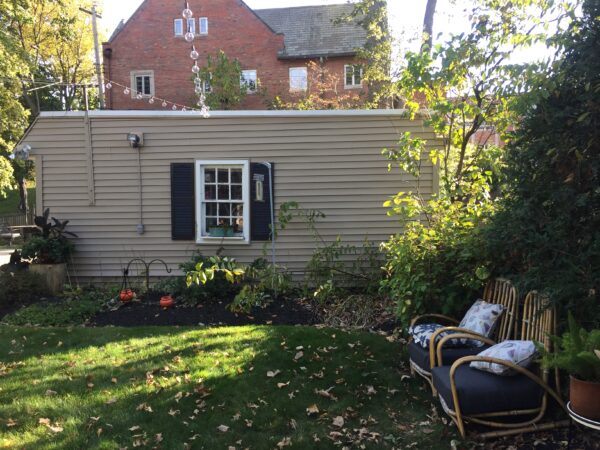 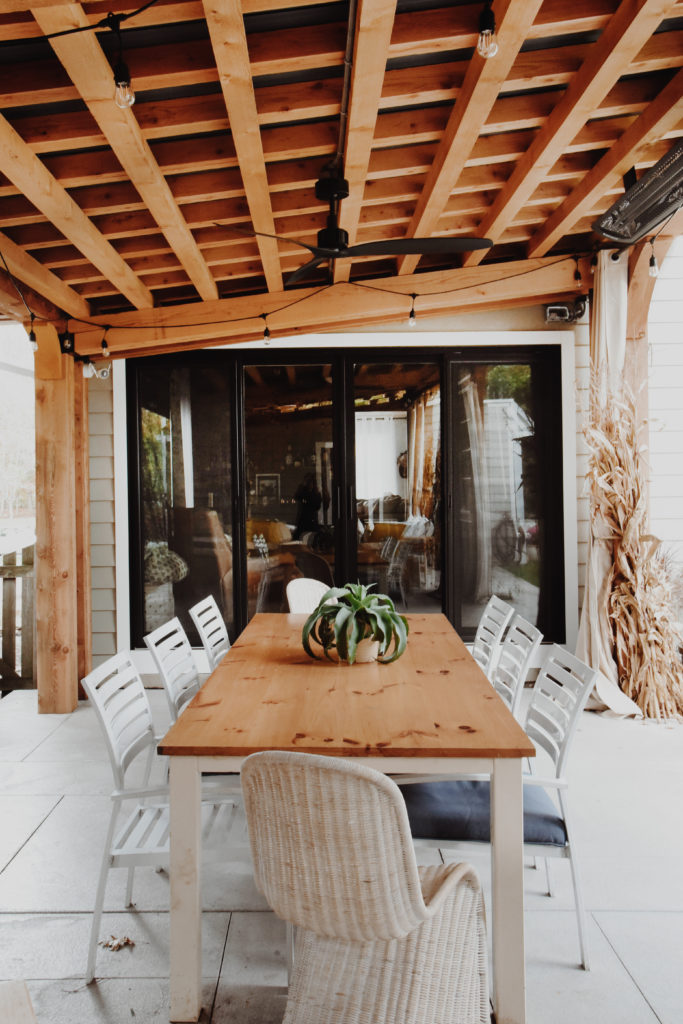 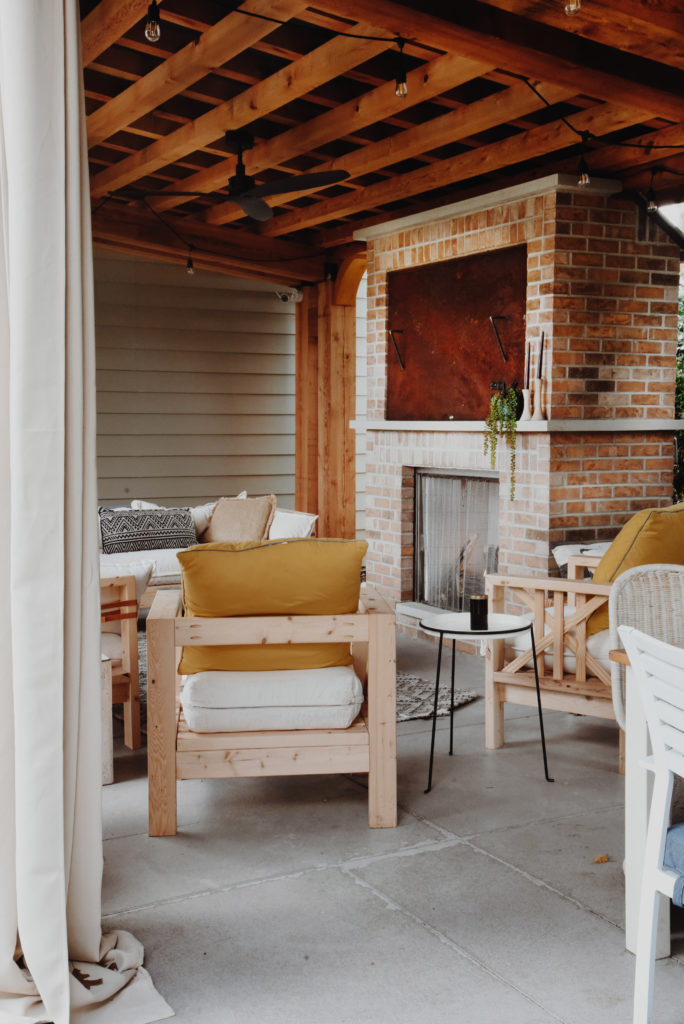 Stay tuned for more posts about the process and where we sourced all of these fun details!  Hint: LOTS of custom Borrow items here and some fun partnerships with local makers!

Happy Thanksgiving from my home (where hopefully the football watching will be outside) to yours!!  :):)

We Believe Every Event Deserves An Awesome Story

and no one can help you tell it better than us.

From designing your event, to staging your home, to your newest furniture creation or textile purchase, we are your go to furniture and style gurus.